It’s great to welcome you to my Blog and Vlog where I will speak on various topics from personal reflections to ministry insights and missiological musings. This is not a theological forum, nor is it intended to become a place where my views are aired on poignant theological views. Rather, what is written is meant to encourage, support, uplift, engage and challenge the church toward missional engagement in the world, for the sake of the Lord!

The FUTURE of Global Christianity

THE FUTURE OF GLOBAL CHRISTIANITY

Some time ago I presented on seven trends that impact South African Christianity at the Regional Baptist Northern Association gathering. Since then, I have spoken to various audiences on the importance of understanding context and trends that shape where we live and will affect our future. This post is a reminder to us that the trends which shape South African Christianity should not be seen in isolation from what’s happening in the Global North and in other countries within the Global South. There is a world unfolding, unlike any other we have see before, that requires we face the future with boldness, sensitivity, and courage. Allow me to share on seven such themes. 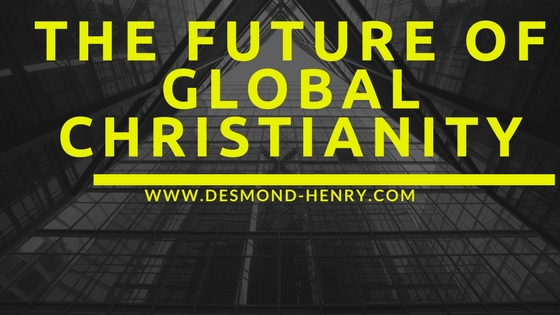 Using the acronym, ‘futures‘, we will explore seven macro trends that in some way impact the ministry of the church. This list is not meant to be exhaustive, rather, a helpful starting point for discussions on trends that shape ministry globally.

The world we live in is rapidly changing, and traditional values are constantly;y being eroded and challenged in an evolving world. Rapid and continuous changes in technology are one of the driving forces of these changes. Churches that have disengaged from the technological revolution will find themselves increasingly isolated from culture and ineffective in ministry globally.  When it comes to technology and the pastor, the expectations have certainly changed and the pace of leadership in churches seems relentless. Pastors need to guard against a super-pastor complex, and other need to guard against pastel co-dependancy.

Ministry in cities will be of increasing importance globally as the vast majority of our populace is urban-bound. Cities are not only where people are located but are important centers for the development and flow of culture and influence for any region or country. What is our strategy for reaching urban centers? In Africa, many city centers are places evangelical churches are fleeing from, and have abandoned ministry in this context for the suburbs. How do we work for the glory of God in our cities, and establish viable ministries in these contexts?

This is somewhat new thinking for many evangelicals. In 2008, American author and public speaker Seth Godin published “Tribes: We Need You to Lead Us”. In the book, he identified an emerging pattern of new communities connecting with one another outside of the usual socioeconomic benchmarks, such as living standards measures (LSMs). “Tribes is any group of people who are connected to one another, a leader and an idea. For millions of years, human beings have been part of one tribe or another. A group needs only two things to be a tribe. A shared interest and a way to communicate”.  French sociologist Michel Maffesoli (1996:75) helps to build the idea of urban tribes, his research showed that while rural social groupings tend to be driven by authoritative systems of power, urban dwellers are socially motivated by peer influence and energy. Rather than being organized around family, modern tribes are voluntary and tend to be based on affinity. People select their social circles, however subconsciously, to replace the clans they were born into but serve the same functions. What tribes do we influence,

There seems to be an evident deficit in evangelism among our churches, built upon a sense of complacently and at times, a false missional hermeneutic. There is endless conversations and debates on methodology, where few people are practitioners. How do migration trends shape the way we evangelize? What is our strategy to include these important aspects of ministry?

The church should be BOTH missional AND attraction, centrifugal and centripetal. There are many ongoing conversations regarding the rise of missional/ incarnation movements globally, which have stirred many into action, and continue to shape our praxis. Mission needs to be seen as both our originating impulse and its organizing principle, under the overarching banner of the Mission of God. The future of the church cannot be seen in isolation from the concept of being missional in nature.

Culture will continually experience a sifting of people, based on what they believe regarding the truth claims of Christianity. With the marginalization of the Christian faith and the dubious nature of many so-called Christina movements globally, many people are no longer self-identifying with Christianity and are becoming what may in the West have described as the “Nones”. This may not be a bad thing, after all, at least those who go to church, know why they are there and have increased involvement and commitment to the Lord’s work and to witness.

It is in this context that we are called to be the light of the world and the salt of the earth. There will be increased distance from churches that do not see themselves sin they light int he future.

Much has been written on this topic over the years, and servant leadership, in many senses is what defines Christian leadership, or service within the kingdom of God in the way of King Jesus. Our attitude should emanate from Christ’s example and we should not simply focus on service. There needs to be an authentic humility attached to our ministry and leadership, recognizing that we are simply stewards of all that God has entrusted to us. Servant leadership is counter-intuitive and does against almost everything the world is aiming toward and teaching, yet it is a sign of God’s presence and example we must follow. I know too many leaders who think that they have ‘arrived’, and no longer serve as it is beyond them. God’s kingdom defies the standards of this world, and our leadership is always in submission to Jesus’s lordship- without exception. How are we leading? What will be the outcome of our ministry and life? Will we be remembered as the autocrat, or as one who spent their lives for the sake of the fame of King Jesus?

The Future of Ministry in Established South African (*Baptist) Churches