Academic Papers that I have authored and co-authored

A PASTORAL AND THEOLOGICAL PROVOCATION FOR SOUTH AFRICAN SUBURBAN BAPTIST CHURCHES TO REACH OUT TO NEIGHBORING TOWNSHIPS THROUGH MISSIONAL PROJECTS WHICH ARE INITIATED THROUGH ACTS OF LOVING KINDNESS.
Authors: Desmond Henry, David Lock

This article describes and proposes a methodology for suburban South African Baptist Churches to engage in missional projects in the poor and needy neighbouring townships. It goes on to give a theological justification for such a course of action. The authors propose that a viable method for suburban Baptist Churches to reach out to poor and needy neighboring township communities is to humbly enter these communities with a view to build relationships through acts of loving kindness. This type of engagement will lead to opportunities for evangelistic proclamation over time once trust has been established and love experienced. It will enable to gospel to be heard as the good news that it is.

THE REVERSAL OF BABEL: QUESTIONING THE EARLY CHURCH’S UNDERSTANDING OF THE GIFT OF THE HOLY SPIRIT IN ACTS AS A REVERSAL OF THE CURSE OF BABEL
Authors: Desmond Henry, Alexander D. Soal

This article questions whether a further gift of the Holy Spirit in Acts is the reversal of the curse of Babel and thus the rationale for multicultural local churches in an intercultural and globalised world. Using a non-empirical research design, including a literary survey of the Old Testament and New Testament texts and commentaries, the authors examine the signiﬁcance of the division of language by God at Babel in the Genesis record. The inherent creational imago Dei, genetic and Noahic unity of all humans makes reconciliation, relationship and intercultural communication possible. This is followed by an examination of the impact of Pentecost, where the Holy Spirit’s gift of tongues is found to symbolise the unifying of divided languages and cultures. This leads to the conclusion that the primary purpose of the gift of tongues was not centred on the controversial debate around glossolalia but rather on personal spiritual transformation and intercultural transformation. The Trinitarian nature of God enables all humans, made in his image, to once again be one in Christ. The centripetal gathering of all people at Babel, which led God to centrifugally scatter nations through language, was reversed in Acts 2 by God. This empowered the early church to go out centrifugally to all cultures. The conclusion is drawn that Acts 2 reverses the communication breakdown of Genesis 11 and, in this way, becomes the theological underpinning of multilingual and multicultural churches. Multicultural churches are thus not simply because of the prevailing winds of globalism in our day.

This article enumerates the importance of a missional posture in our Baptist cultural moment and details various issues related to the author’s deﬁnition of the concept missio Dei. Moving to contextual practices among South African Baptists, the author deals with missional practices deployed in the Baptist context from a participant observer basis. Important principles for the effective implementation of those missional practices across the evangelical denominational divide can be drawn.

Most articles evaluating the African traditional worldview focus an attack on the ancestor cult or highlight positive aspects of the worldview. In either case, mention of the this-worldly religious focus tends to be ‘in passing’. An evaluation of this aspect of the worldview is a gap in the research, which this article seeks to address. The ﬁndings should signiﬁcantly affect evangelical ministry method to many people in the country. The this-worldly religious focus of the African traditional worldview as found in South Africa is considered. It is a focus which hardly, if ever, looks beyond this world and this age. The this-worldly focus is a signiﬁcant feature of the African traditional worldview and related African Traditional Religion (ATR). The concern raised is that this feature of the worldview is prevalent in the country, is unbiblical and is a major problem affecting the church. The article ﬁrst describes the this-worldly religious focus and how it is expressed in ATR and in those strongly inﬂuenced by ATR. It then discusses its prevalence in South Africa. A biblical evaluation is then done, considering what the Bible has to say on the matter and considering the views of some evangelicals. Finally, some proposals are made for responding to the challenge. There are signiﬁcant steps that can be taken to counteract the problem and so design evangelism and discipleship that the African believers are moved to resist rather than follow the this-worldly religious focus and so more faithfully follow the way of our Lord.

Baptists in South Africa have developed along lines similar to other denominations of their day (e.g. the Dutch Reformed Church). However, there are six distinct waves of development within Baptist history in South Africa (including an emerging wave) that showcase the growth, development, digressions, limitations and transformation that has taken place in the Baptist denomination in South Africa. These waves are a tremendous help to the Baptist Union of Southern Africa (BUSA) as they seek to be faithful witnesses in the 21st century and beyond. It has become clear: If BUSA is to succeed within the emerging wave of mission and development, it will need a new, updated map to guide them where many have not been before – or BUSA could simply fade into irrelevance in South Africa, impacting other movements and denominations in turn.

A VISION FOR THE SENDING OF THE CHURCH IN BOTSWANA
Author: Desmond Henry

The purpose of this article was to present a vision (of a preferred future) for the southern African ecclesia, based on an accurate understanding of what can be termed a missional ecclesiology. This concept was explored using the current context of my ministry, that of the Republic of Botswana, as a primary interlocutor.

REFLECTIONS ON A MISSIONAL ECCLESIOLOGY FOR AFRICA’S EXPRESSIONS OF CHRISTIANITY THROUGH THE TSWANA LENS
Author: Desmond Henry

The continent of Africa has indubitably shown exponential growth in the spread on the Christian faith since its introduction by colonial missionaries. It can thus be argued that a plurality of African Christianities thrive on African soil and are exported, through missionaries, to the developed world. This growth in Christian converts does not come without challenges to the future of the Church in Africa; these challenges abound and need to be articulated and worked through contextually and biblically.

The Baptist Union of Southern Africa’s (hereafter BUSA) future is conspicuous unless it understands the context within which it ministers in our ‘rainbow nation’. As a union of churches, BUSA faces signiﬁcant challenges that have been highlighted through a mixed-methods research approach. Through many months of data collection at the Baptist Union archives, an online survey and informal interviews spanning many parts of South Africa, the researcher practically demonstrates the importance of the cumulative results for the future of BUSA. This article highlights, in overview fashion, a few of the major challenges that need to be urgently addressed in the light of BUSA’s historic ecclesiological presuppositions that have their roots in the missional ministry of Hugo Gutshe who saw each of his Baptist congregants as missionary, and expanded the inﬂuence of BUSA in South Africa. 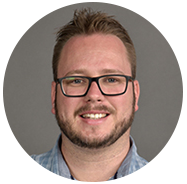